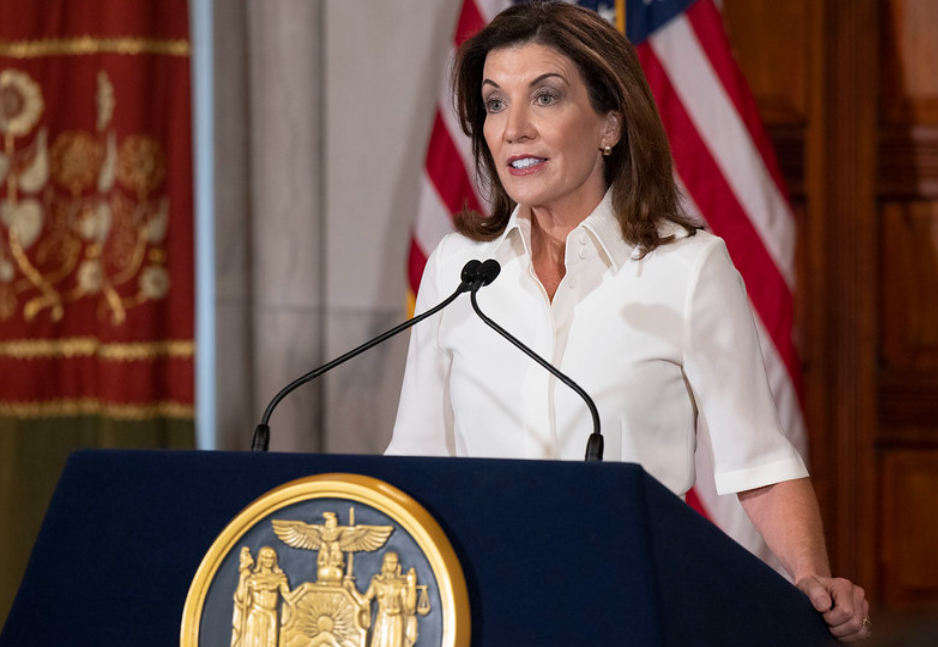 ALBANY – Today, Governor Hochul called for the elimination of parole supervision fees in her State of the State book. In response, the No Price on Justice coalition released the following statement:

“We applaud Governor Hochul for including the elimination of parole supervision fees in her State of the State and taking this critical first step to address the harmful impact of court fines and fees. However, New York must go further to address the criminalization of poverty by ending the unjust and ineffective attempt to raise revenue through our court system. We urge Governor Hochul to support the End Predatory Court Fees Act (A.2348B/S.3979C) in its entirety. In addition to eliminating parole supervision fees, this legislation would eliminate New York’s court & probation fees, mandatory minimum fines, incarceration on the basis of unpaid fines and fees, and garnishment of commissary accounts.

Our state’s reliance on fines and fees revenue encourages policing-for-profit, criminalizes poverty, and traps New Yorkers in a cycle of poverty and punishment. By including the End Predatory Court Fees Act in this year’s budget, Gov. Hochul can play a pivotal role in ending New York’s dangerous reliance on this predatory revenue source.”