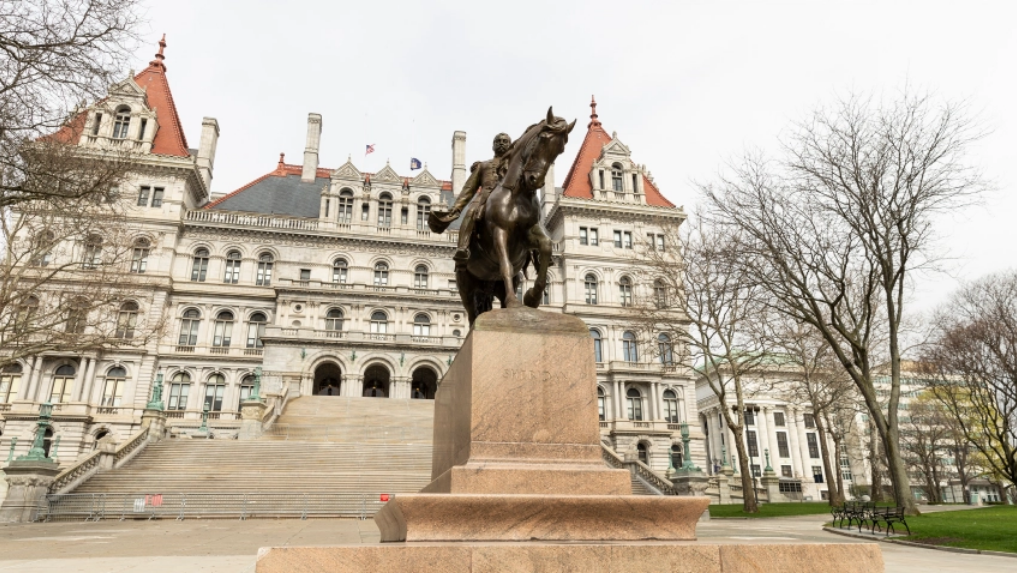 Legislation sponsored by Sen. Julia Salazar and Assembly member Yuh-Line Niou, both Democrats, would abolish mandatory surcharges, which can amount to hundreds of dollars. The fees are attached to every conviction, including traffic tickets.

Judges used to be able to waive or reduce those surcharges, but the Legislature stripped them of that power starting in 1995.

People who can’t pay can have their wages garnished or face civil judgments. The bill would prevent New York state from garnishing prisoners’ wages. It would also vacate civil judgments lodged against someone only because they couldn’t afford court fees and fines.

The legislation, backed by a coalition of New York-based criminal justice reform groups, is intended to help people like Syracuse resident Robin Delpriore, who found the courts were taking out much of the $100 in payments she was putting in the prison commissary account of her 25-year-old son Alexander, who was convicted for criminal weapon possession in 2017. He owed more than $500 in fees.

“I feel like it’s almost bringing back the poor house, where it’s a crime to not have money,” she said.

The bill would eliminate surcharges while still allowing courts to levy fines, which are meant to deter crime.

But the legislation would require courts to both figure out whether someone can afford a fine and set up payment plans. And it would repeal state law that allows courts to imprison individuals who fail to pay a fine or restitution.

Judge Jonah Triebwasser, president of the New York State Magistrates Association, representing over 2,600 town and village justices outside of New York City, said judges do allow people who can’t afford fees to make partial payments until the amount is paid off. And he said he’s not aware of any judge in New York who’s ever sent someone to jail just for failing to pay a court fee or fine.

Triebwasser said he personally opposes mandatory surcharges, which he said turn judges into “tax collectors,” but he said it could be difficult for the part-time justices who work in smaller towns and rural areas to figure out whether someone can afford fines and fees.

“Am I supposed to go through their financial records, their tax returns?” he said. “I’m a part-time judge. I don’t have time to do that. Do I take their word for it?”

“A lot of my members I think find the surcharges very excessive,” he said. He noted that surcharges can range from $63 for a broken lightbulb, to $93 for speeding tickets, to several hundreds of dollars in some cases.

Salazar acknowledged the bill faces steep odds as Democrats push for more revenue to fill a steep shortfall, but said she’s hopeful the Democratic-led Legislature could take it up next year.

A dozen New York local governments report that fines and fees make up over 20% of their revenue, according to the Fines and Fees Justice Center, a group working to eliminate fees in the justice system.

Niou, who represents part of Manhattan, said it isn’t a good idea for those communities to be balancing their budgets on the backs of criminal defendants who can’t afford to pay.

“Folks who are suffering the most should not be bearing the weight of the revenue issues,” said Niou, who represents part of Manhattan.