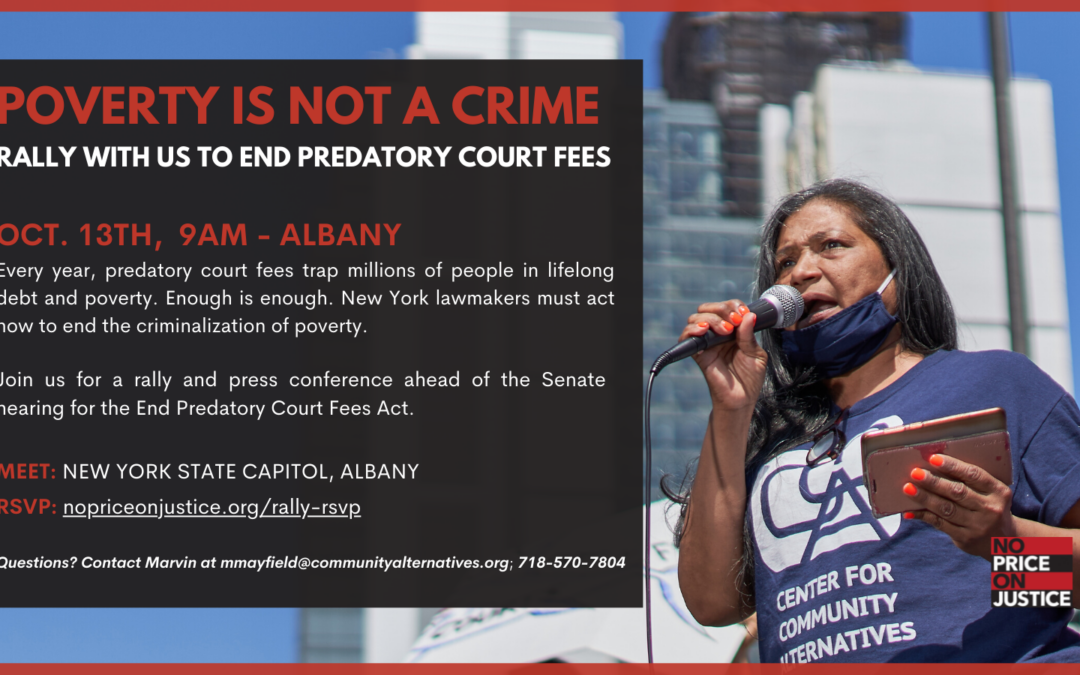 WHAT: Ahead of a Senate hearing on the End Predatory Court Fees Act, directly impacted advocates, state lawmakers, and other key stakeholders will hold a press conference and rally calling for passage of this critical legislation. The End Predatory Court Fees Act would eliminate New York’s court, parole and probation fees, mandatory minimum fines, incarceration on the basis of unpaid fines and fees, and garnishment of commissary accounts.

At the press conference, speakers will demand an end to our state’s dangerous reliance on court fees, a regressive revenue source that traps millions of low-income residents in a vicious cycle of debt and punishment.

Following the press conference and rally, speakers will testify at a joint Senate Codes and Corrections Committee hearing on the legislation.

WHEN: Wednesday, October 13 at 9am

WHO: Speakers will include state legislators, as well as impacted New Yorkers and advocates, including:

VISUALS: Dozens of New Yorkers rallying with signs that say: “No Price On Justice,” “End the Criminalization of Poverty,” and “Tax The Rich, Not The Poor”.

Fight for Fairness on Fines and Fees

Predatory Court Fees Are the Wrong Way to Raise Revenue

Stop Putting a Price on Justice