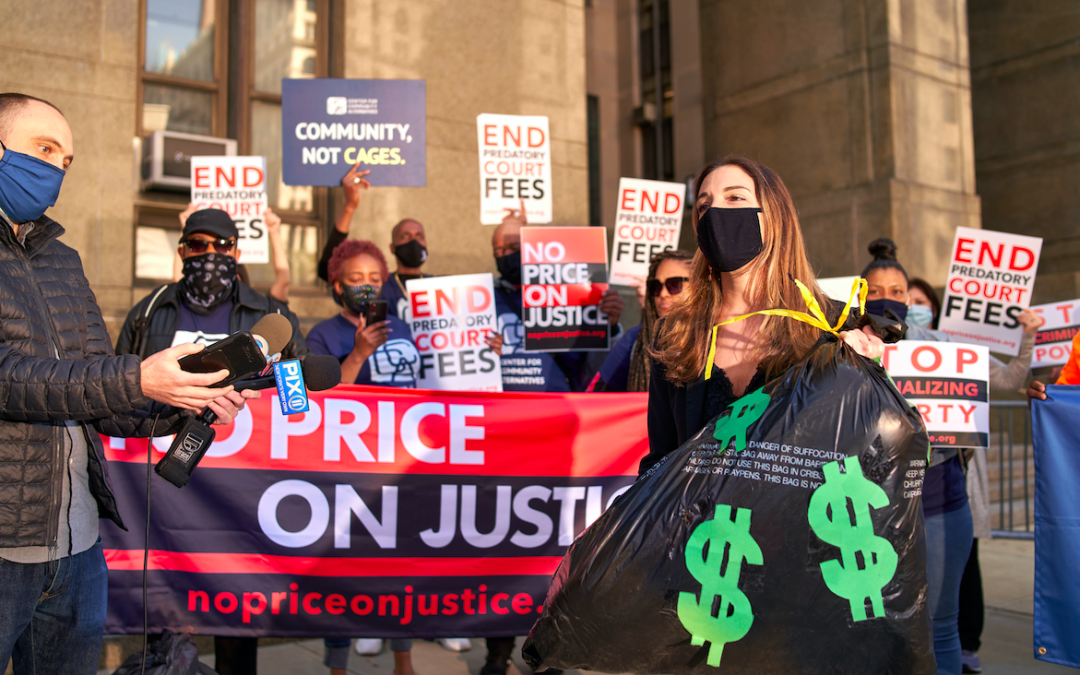 After a police officer killed Michael Brown in 2014, the DOJ’s investigation of the Ferguson Police Department found the police were engaged in aggressive, racially-discriminatory policing practices in order to increase the city’s revenue by imposing fines and fees. By 2010, Ferguson generated over 12% of its revenue from fines and fees.

This issue brief authored by No Price on Justice campaign presents a brief introduction to New York’s predatory fines and fees and how this dangerous source of revenue systemically criminalizes poverty and endangers people of color. The brief also presents key examples of localities (you can see the full data maps here) where government reliance on fines and fees revenue is alarmingly high (over 12%) — and what we need to do to eliminate this toxic source of revenue.

Want to take action to stop the criminalization of poverty? Join us May 17th for our TAX DAY RALLY to end New York’s predatory court fees.