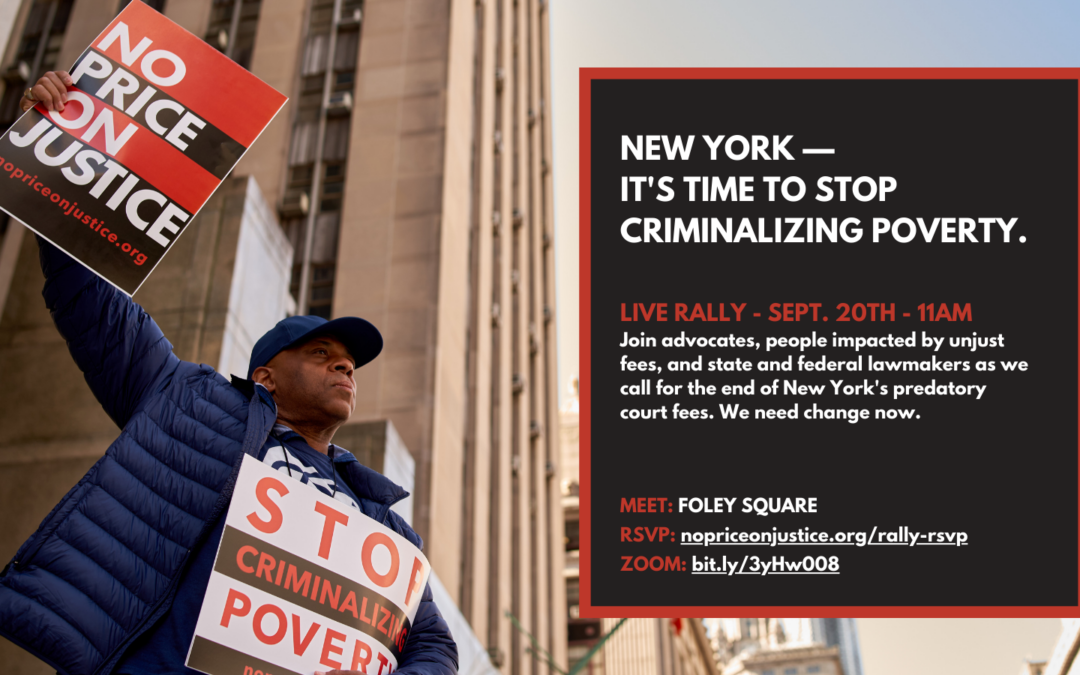 Why we are taking action:

When governments use predatory fines and fees to raise money, the result is a hidden, disproportionate tax on those who can least afford it. This system of taxation-by-citation encourages policing for profit, extracts wealth from people living in poverty, and exposes Black and brown New Yorkers to more encounters with police.

New York state can no longer be allowed to systematically extract money from the state’s most vulnerable communities to fund local governments and courts. We need change now.

The Office of Congresswoman Nydia Velazquez

Join us on Zoom here.