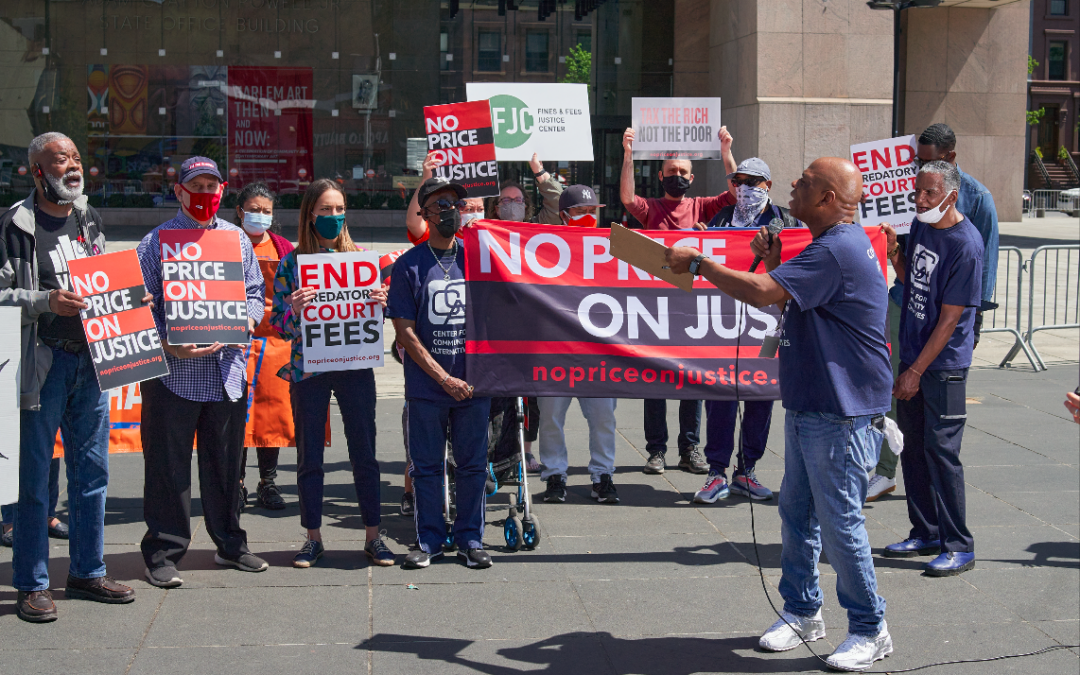 “We applaud the New York State Assembly and Senate for including the elimination of parole supervision fees in the one-house budget, which is an important first step in addressing the harmful impact of court fines and fees.

However, New York must go further to address the criminalization of poverty by ending the unjust and ineffective attempt to raise revenue through our court system with the enactment of the End Predatory Court Fees Act (A.2348B/S.3979C) in its entirety. This legislation would not only eliminate parole supervision fees, but also eliminate court and probation fees, mandatory minimum fines, incarceration for unpaid fines and fees, and the garnishment of commissary accounts.

New York’s reliance on fines and fees for revenue encourages policing-for-profit, criminalizes poverty, and traps its residents in a cycle of poverty and punishment. By including the entire End Predatory Court Fees Act in this year’s budget, New York can end its dangerous reliance on this predatory revenue source.”