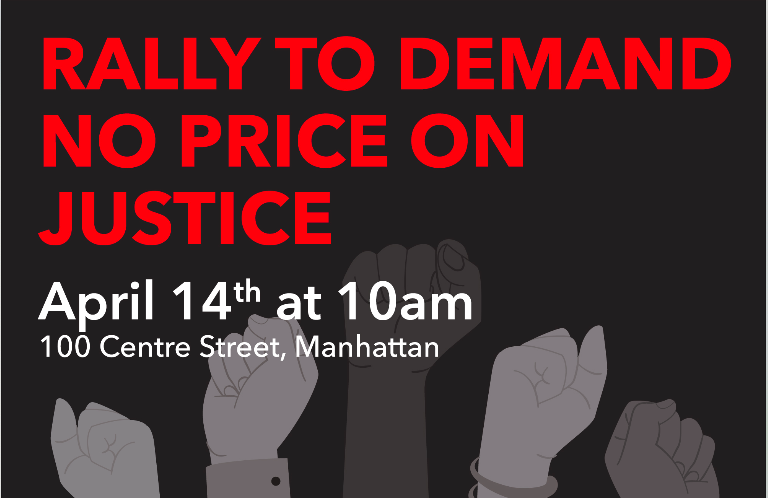 LIVE ACTION: Rally to Demand No Price on Justice, April 14th at 10AM.

On April 14th at 10AM, advocates, elected officials and people impacted by New York’s predatory court fees will gather in front of Manhattan Criminal Court to demand an end to New York’s predatory fees including: court fees, mandatory minimum fines, incarceration on the basis of unpaid fines and fees, and garnishment of commissary accounts. This rally will be the No Price on Justice campaign’s first major event since the End Predatory Court Fees Act was introduced in September.

Why are we taking action?

Predatory fines and fees put Black and brown lives in danger, trap New Yorkers in debt, and allow governments to avoid accountability for choosing this dangerous revenue source. No New Yorker should be at risk of losing their job, their license or their freedom just because they can’t afford a fine or fee. In a fair society, there can be no price on justice.

Join us April 14th as we demand an end to the criminalization of poverty and the elimination of New York’s predatory court fees.

Join us on Zoom at bit.ly/NPJ-rally