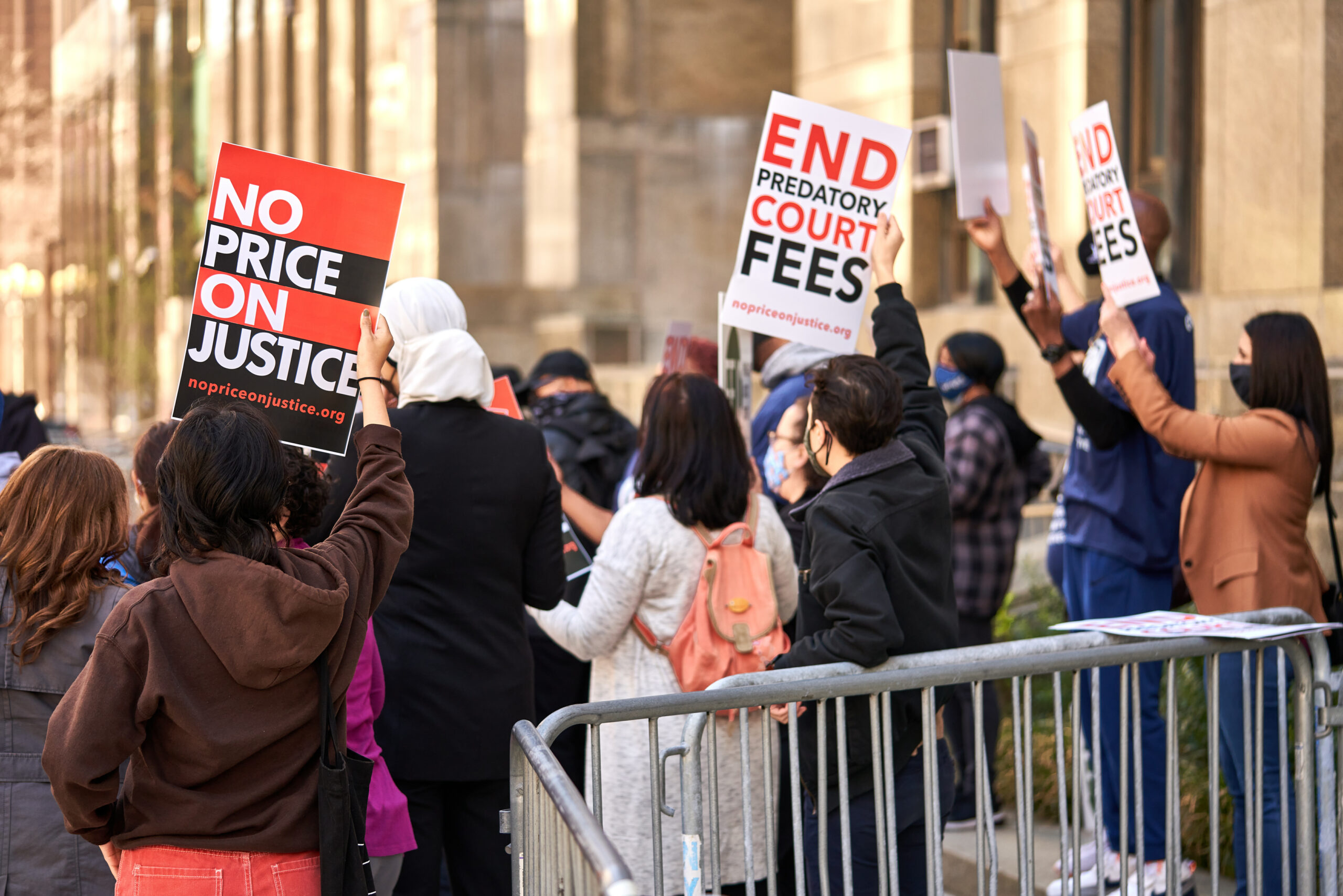 A new report published by the Fines and Fees Justice Center demonstrates that New York’s mandatory surcharge — a supplemental fee assessed in nearly every criminal, traffic, and local ordinance case — is among the most burdensome in all 50 states.

The new report, Assessments and Surcharges: A 50-State Survey of Supplemental Fees, finds that New York is one of only four states — along with Alaska, Minnesota and Mississippi — with statutes explicitly providing that an individual’s inability to pay does not exempt them from owing these fees.

New York’s mandatory surcharge was first implemented in the 1980s with the explicit purpose of raising state revenue. Since then, state lawmakers have repeatedly increased the amounts over the years, despite failing to keep legally mandated records on how New York assesses, collects, and distributes this revenue.

People who can’t afford fees are subjected to punishments that trap them in a cycle of poverty and criminalization: incarceration, prolonged or indefinite supervision, and additional fees — with communities of color and low-income communities suffering the most. New York courts issue thousands of civil judgments and warrants every year, and may even order immediate incarceration for failure to pay.

“Keeping up with mounting court debt while trying to keep my family on its feet can feel like an impossible task,” said Peggy Herrerra, a directly impacted advocate with Center for Community Alternatives. “These exploitative fees criminalize poverty and trap hard-working families like mine in an endless cycle of debt and punishment.”

Since Oregon eliminated its “unitary assessment” in 2012, dozens of states and localities in states both red and blue have enacted reforms to eliminate one or more fees.  Legislative reform efforts are underway in numerous states to eliminate assessments and surcharges, including New Mexico, Louisiana, Oklahoma — and New York.  Last April, Governor Kathy Hochul and legislators agreed to a budget deal that included elimination of parole supervision fees.

New York’s End Predatory Court Fees Act — which would end the state’s mandatory surcharge along with probation fees, mandatory minimum fines, incarceration on the basis of unpaid fines and fees, and garnishment of commissary accounts — will be reintroduced in January.

“This hidden, regressive system of taxation is now entrenched in our state’s court and legal systems,” said New York Senator Julia Salazar, a lead sponsor of the End Predatory Court Fees Act. “But it doesn’t need to be: State leaders have much more equitable and efficient ways of raising revenue at our disposal.”